Hello readers, here is the short update of what I did last week. Sorry for the late post by the way. Last week, I was pretty busy because my aunt and cousin came down to Singapore for holidays since it was a one-week Raya break in Malaysia. I was the tour guide for a week since I did nothing at home. Glad to see them again after so long. =)

My cousin, Mandy and I at Gardens By The Bay.

Stay tune to my blog for more updates on their visit to Singapore soon! Oh yeah readers, I am coming back home soon! Yay~ I miss Malaysia! =D To those who miss me, let us meet up ok? *wide grin*

The first club we went to was Dragonfly. Dragonfly plays Chinese oldies which I didn't fond of. Since I don't study in Chinese school, definitely this is not my best choice to club. =)

Welly and I. She is from Taiping too.

Sis-in-law and her best friend, Welly.

Yours truly in black and blue halter neck. ❤

I tried almost all the outlets to enjoy the different music styles they are offering. Among all the clubs, I prefer The Boiler Room as they played the latest songs in the club.  Ladies are entitled for free entries daily.  As for guys, SGD20 will be charged per entry on Friday, Saturday and eve of public holiday and no door charge from Tuesday till Thursday. As for Wednesday, ladies will get 5 free drinks from 11 pm.

Each clubs in St James Power Station has different operating hours and you can check it out at their website for more information.

The Filipino singers and dancers in The Boiler Room are really good. They sang numbers of latest hits from Run The Night from Havana Brown and Jessie J's Laserlight.

Bro with his red face, sis-in-law and I.

Group photo taken in The Boiler Room. L-R (clockwise): Jolynn (my sis-in-law), Jason (my bro), Yours truly, Welly and Dan.

It was my first time clubbing, so my bro took good care of me. He was worried that the 'predators' would take advantage on me. I personally witnessed a few predators coming after  a bunch of girls who were not accompanied by boys. A guy whom is about my age or perhaps younger, grabbed hold of the girl's waist and touched her a** while she was facing her back. Poor girl just was pissed off and she danced nearer to us together with her girl friends.

I know sometimes things just happened like that and we can't blame anyone. But to all the girls out there, be more careful. =) 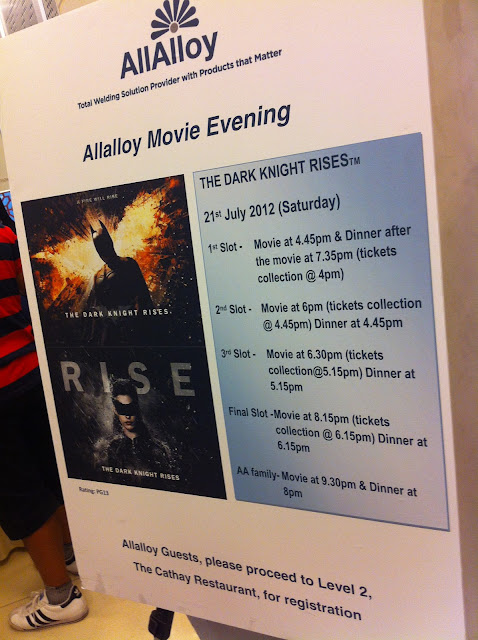 Thanks to AllAlloy for the private movie screening and charity dinner that were held last week. My cousin brought me along cause I wanted to watch The Dark Knight Rises which were aired in cinema on 19th July, a few days before. 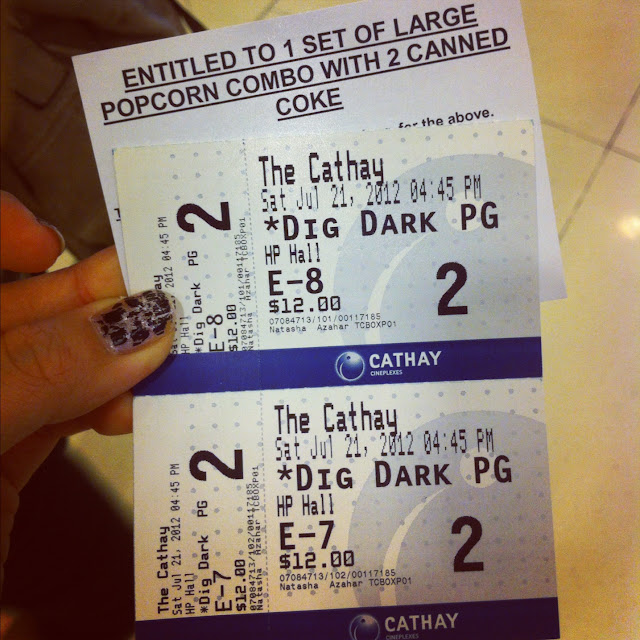 Watching a movie in Singapore is not cheap especially I am no longer a student though my student card is still valid. :P The private movie screening entitled us to 1 set of large popcorn combo with 2 canned coke. We even had light refreshments at The Cathay Restaurant before the movie started. 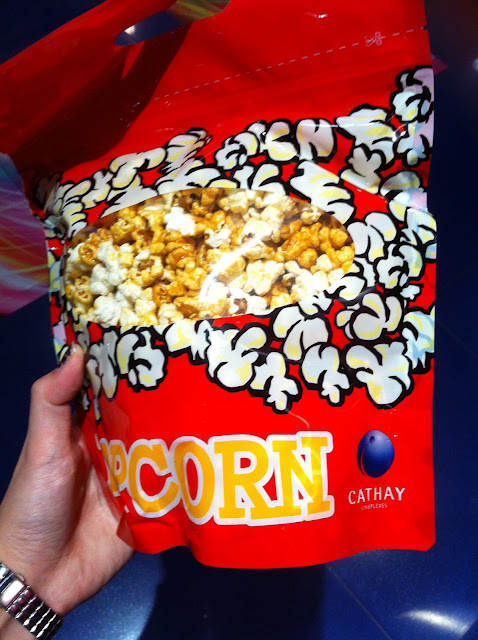 There were 3 slots to be chosen and my cousin picked the first one as we wanted to go back early after the dinner and movie since the movie took us about 2 and a half ago to finish. It was pretty boring in the front part and thank god i did not fall asleep. :P I would rate this movie 4.5 out of 5. The cat woman is HOT! =)

P/s: Thanks AllAlloy for the private movie screening. To all the readers, remember to watch this movie! *wide grin*

Email ThisBlogThis!Share to TwitterShare to FacebookShare to Pinterest
Labels: life in singapore, Movies, The Cathay, year 2012

Received an invitation from Nuffnang Singapore to attend the Gala Premiere of Disney Pixar's  Brave at The Cathay, Handy Road on last Sunday.

Buntings of Brave that were displayed during the event.

The Nuffies here are super organised. Ticket collection was available only for half an hour which was on 2.15 pm till 2.45 pm. If the bloggers were unable to collect within the time stipulated, the bloggers would not be able to attend this Gala Premiere as stated.

I was lucky because I managed to get it on time and I have no idea that I was going to watch the movie in 3D! So cool! Oh ya.. Did I tell you that my sis-in-law joined me for this gala premiere as well? Hee.. Well, bro was busy during that time because he was having a tennis tournament in NUS. So I invited my sis-in-law to join me. =)

Another shot of her with her signature pose.

Our movie started at 3.45 pm, so we had about 30 to 45 minutes for us to play the Brave games. The Nuffnangers were allowed to go in according to the schedule arranged for us.

We are in the Nuffnang time slot. =)

There were number of games during the premiere. We get to play Nintendo Wii in archery skill games and etc.

Closer look of the Wii game.

The Brave crew was guiding the boy on how to play the Brave game.

The Brave crew in orange wig!

There were photo taking session for the Nuffnangers as well. We get to take one photo in the photo booth with orange wig or without as memories. The photo turned out to be like this:

My sis-in-law and I in orange wigs.

We were given 10 seconds to pose and I couldn't wear the orange wig on time unlike my sis-in-law. So the photo of myself turned out to be in shock with the ugly orange wig. Haha!

More photos of myself taken during the gala premiere. Hope my post doesn't bored you guys. =)

Posing with Merida and her three cute brothers.

Wasn't prepared when this photo was taken. hee.

Yours truly with the Brave crews.

More photos during the Gala Premiere of Brave. Check this out. =)

Us in orange wigs with Merida's family. We are a part of the family too. LOL!

It was almost 3.45 pm. So we hurriedly rush to the level 6 to secure our seats cause the seats are on first come first serve basis.

Exclusive showcase for the Nuffnangers during the gala premiere.

Thumbs up for this movie! I cried at the end of the movie when Merida couldn't change her beastly curse on her mum. It's a touching movie indeed. I would rate this 4/5. Anyway, be sure to catch Disney Pixar's Brave in cinemas on this 8th August 2012!

Expensive shampoos and condtioners can help give you shiny and lustrous hair, but your diet has a big influence on your hair’s condition, too. If possible, it’s best to get nutrients through food rather than by taking supplements, but sometimes that’s easier said than done. Changing your eating habits has so many benefits, and if you keep up with those good habits, you can really see differences in the way you look and feel. 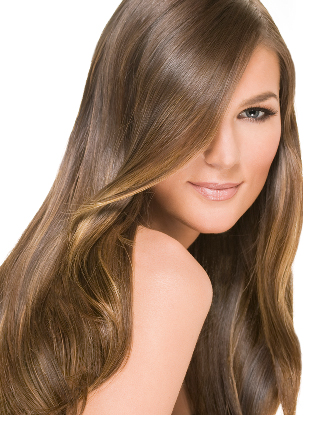 Nuts are a great snack, and what’s in them can help beautify your hair. For instance, the zinc in Brazil nuts can help with scalp health–and a healthy scalp means healthy hair.  If you notice that you’re shedding more than usual, it could be a zinc deficiency. Walnuts, cashews and pecans also contain significant amounts of zinc. Almost all nuts contain omega-3 fatty acids, too. 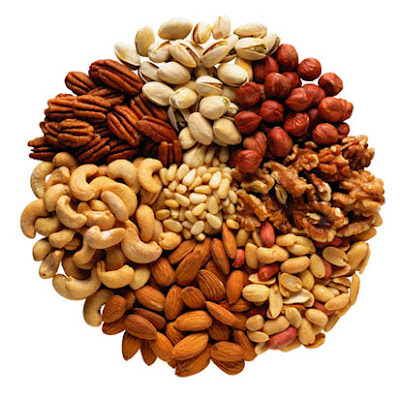 Lean meats like chicken and turkey are good sources of protein and iron. If your diet lacks iron, this may cause you to have brittle hair that breaks off, making it seem thinner. An iron deficiency can also make your hair change color, and go grey prematurely. Eggs are also a good source of protein, wuth the added bonus of  biotin and B-12, which help with hair, skin and nails.
Milk and  yogurt are packed with calcium, which aids with hair growth. Just like it does with bones, calcium helps keep hair strong. Vitamin A is good for hair and scalp, and carrots are a great way to add Vitamin A to your diet. Swiss chard and spinach are also good sources. 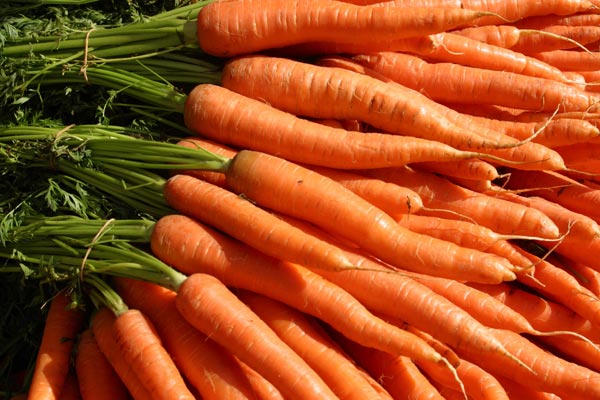 Add salmon to your diet if you’d like to see shiny and sleek hair. Salmon has the trifecta of  nuritens: omega-3 fatty acids, zinc and Vitamin B-12. If you notice that your hair is looking dull, flat and lifeless, try to add some salmon to your diet.

Even if you don’t follow a vegetarian diet, replacing meat with beans in one or two meals a week is a heatlthy alternative. And how can beans benefit you hair?  You’ll find protein, biotin, zinc and iron in beans–particularly lentils and kidney beans. Beans are one of the best foods for beautiful hair.
Food can really influence the appearance of your hair. You can see shiny and thick hair just by adding a few food to your diet. Any food that has high instances of protein, zinc, iron or omega-3 fatty acids witll help keep your tresses looking beautiful!

P/s: Too many delayed posts in my draft. No inspiration to blog at all. Sigh. 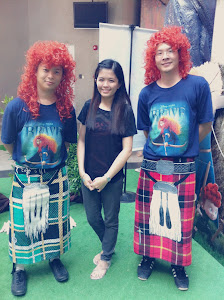 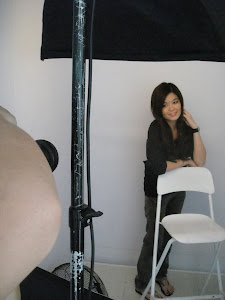 Clinique Who's That Girl Search Contest 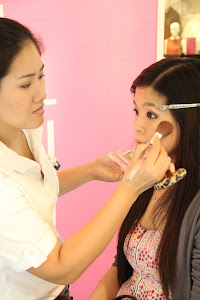